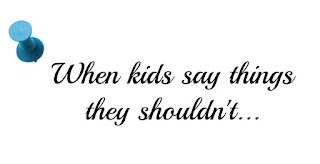 Seb is lucky enough to spend a lot of time with his older cousins aged 6 and 11. He absolutely adores and idolises them which for the most part is fab as they are both wonderful with him. Spending time with older children can be great in lots of ways, it encourages children to progress faster as they are eager to copy and learn, it encourages good social skills and encourages mature behaviour.

HOWEVER - spending time with children significantly older also has its draw backs. Despite never watching anything on TV about anyone dying or anything with violence ( CBeebies and Peppa pig are low on this aspect!) he has spent the last week running around the house shouting 'die die die!' This made me really cross! What an awful thing to say! So I started by explaining that this was not nice. Then I started getting cross with him and tried explaining that it would upset people (namely me apparently!) After a few days of this my husband asked me what I would do if Seb swore. 'Ignore it completely' I quickly replied.
'So... Why are you not doing the same with this?'

He was so right, I was making such a big deal about it because it really bothered me! So we ignored it, his cousins were also instructed to ignore it and do you know what... He stopped saying it! A few days later he delightfully came out with both 'I'm going to chop your head off' and 'I'm gona kick you in the balls.' Marvellous. But this time I was on it - everyone was instructed to ignore it and after initial sniggers from his cousins they got it and it seems to have disappeared.

I await the next fabulous phrase... 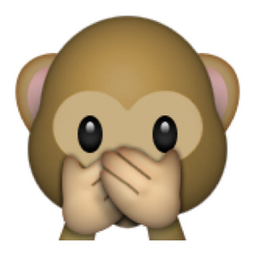 What awful things have your little ones come out with?

NQPx
Posted by Not Quite Poppins at 13:19