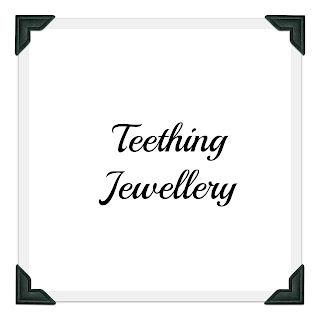 A review of Gumidrops necklace by Gumigem

Before I had Camille, I thought teething necklaces were such a 'non essential' item, made for the parents who have all the gear and no idea... so I'm guessing either I've joined that club and I should hang up my Mary Poppins handbag or they in fact do have a place in this world! Lets hope it's the latter.

Camille, at just 4 months started teething terribly; the poor little mite puts everything in her mouth and chomps on anyone who puts an unsuspecting finger near her. I'm not sure my nipples are going to make it out of this breastfeeding journey in tact! Seb wore an amber anklet all the time, with the theory that Baltic Amber produces an analgesic effect on the gums...  I had the mantra that it wasn't doing him any harm and largely wasn't even seen as it was under a sock or a baby grow. He very rarely had any teething issues so naturally I'm an advocate of it! Camille is wearing one too but still puts everything in her mouth and periodically appears to be in pain - so the jury is out on that one.  With child number two, I am naturally out of the house far more often, on the school run, at soft play centres, on farms; Camille like most babies has a penchant for throwing things on the floor. I am absolutely not a germiphobe - I am a pick-it-up-and-blow-on-it kinda mum; but when a baby toy is dropped on the farm I have to draw the line! So I now totally see the logic behind a teething necklace. 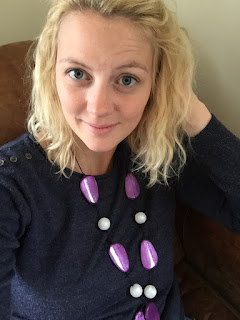 So here I am, completely converted, wearing a frankly very stylish teething necklace. I opted for the gumidrops necklace by Gumigems, in 'pearl berry' style.  It is knotted carefully between each bead so if it were to break they wouldn't all fall on the floor or more importantly in your babies mouth. It does up with easy breakaway clasp on the back, like a lanyard - this has proven really handy as my toddler has accidentally pulled it a few times! And I have got it caught on things once or twice (I'm not clumsy, I don't know what you're talking about...!) and it's just popped undone - no strangulation for me!
Camille loves it - which is really what it's all about. The silicone is both soft but firm enough for her to squish her gums into, easy for her to hold on to and of two different shapes, one better for holding and one better for chewing. I love putting it on knowing it looks like I'm just 'finishing' my outfit, something I absolutely never remember to do normally... But you and I know I'm really just wearing a toy!  People are frequently surprised that it is for teething and not just a fashion item which is cool and testament to the product. It is just lovely to know that it isn't going to be dropped on the floor, it can be sterilised, hand washed and can even go in the dishwasher. 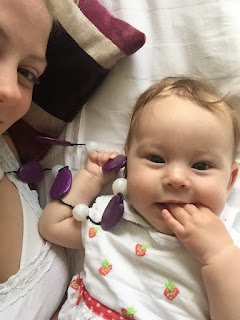 Gumigems have a huge variety of necklaces, bangles and teething toys... I'm just choosing which one I'd like next...!


(This is not a sponsored review)
Posted by Not Quite Poppins at 13:21