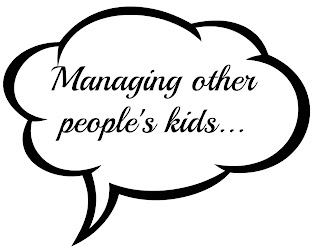 Other people's children are never quite as precious as your own. This is fact. I am a nanny and I truly love and have loved other peoples children but having your own is always the top. Other peoples children are significantly less precious when in public arenas. I'm not talking about that annoying child in a restaurant or on a plane. That is a whole different ball game. I'm talking about that child when you walk into a soft play centre that you just hope and pray is going to steer clear of your child. That's right, that one, the one kicking someone, or pelting balls at the younger children or (a real pet peeve of mine) climbing UP the slide.

So what do you when there is a run in with another child? Let me start by saying... I under no circumstances think that my child is an angel who does no wrong... in fact shortly after he turned 2 we had an instance where he was THAT child... shouting at other children, kicking a baby in the face (that's right, the face), pushing children off the bouncy castle. Suffice to say, we had to leave and thankfully have not an another day quite like that! 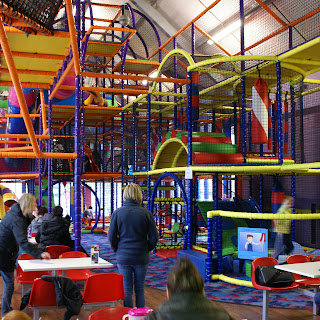 So back to the point, do you tell other peoples children off? Personally, I tend to go for a reminder of the rules after ensuring the parent/carer isn't there to step in themselves, 'we only go down slides, remember!' or 'let's all go carefully, remember he's only small!' etc etc. I really hate that we are all so afraid of talking to other peoples children. If Seb was doing something wrong I would prefer he was reminded by another parent that this was not OK, or that they came an told me. Generally, I am always watching, but as they get bigger and disappear into enormous climbing frames and pirate ships it becomes harder and I appreciate that this is the same for other mothers. So unless you choose to stand next to your child at all times (which also... is not healthy - see my post on risk aversion societies!) then you have to accept that sometimes children are going to need to be reminded of the rules.

I don't think there is an easy one size fits all solution to managing other people's children; here are my top tips: